“Had it not been for the magnificent material contributed by the Polish Squadrons and their unsurpassed gallantry, I hesitate to say that the outcome of battle would have been the same”.

To commemorate the 80th anniversary of the Battle of Britain (1940-2020) Hillingdon Council worked closely with the Polish Air Force Memorial Committee to create a brand-new permanent display that highlights the vital role of the Polish Air Force during the Second World War.

The exhibition highlights the perilous journeys undertaken by Polish Air Force personnel following the invasion of Poland by Germany and the Soviet Union in 1939. It explores the military preparations in pre-war Poland and how the Polish Government in Exile and military were organised in France and Britain during 1940. A variety of objects and documents provide information on combat missions during the Second World War and highlight the different roles in the Polish Air Force including pilots, observers, ground crew and the Polish Women’s Auxiliary Air Force.

Many of the items in the exhibition are being shown to the public for the first time, alongside fascinating personal stories and historic film.

The Polish Air Force has a significant historical connection to Hillingdon. During the War, Polish fighter squadrons participated in air campaigns organised by Headquarters No. 11 Group (RAF Fighter Command) based at RAF Uxbridge. Squadrons were coordinated from the Battle of Britain Bunker, which was the Operations Room for No. 11 Group responsible for organising fighter aircraft based at airfields in the south-east of Britain.

When possible, the exhibition will be officially opened by His Excellency Professor Arkady Rzegocki, Ambassador of the Republic of Poland to the Court of St James’s and Councillor Sir Ray Puddifoot MBE, Hillingdon Armed Forces Champion. Ambassador Rzegocki said:

“Last year we marked 80 years since the Battle of Britain, which turned the tide of World War II. I am glad that on this occasion the Hillingdon Borough decided to honour the memory of those without whom the war could have ended differently and has prepared a special Polish Air Force Exhibition at the Battle of Britain Bunker, presenting bravery and personal stories of those ‘Few’. It is a great opportunity to reflect on the Polish-British spirit of camaraderie that binds us thanks to those who in the past have shed blood for Poland, the United Kingdom and Europe.”

We look forward to welcoming visitors to view the exhibition when the Battle of Britain Bunker reopens later this year. Keep checking our website for details. 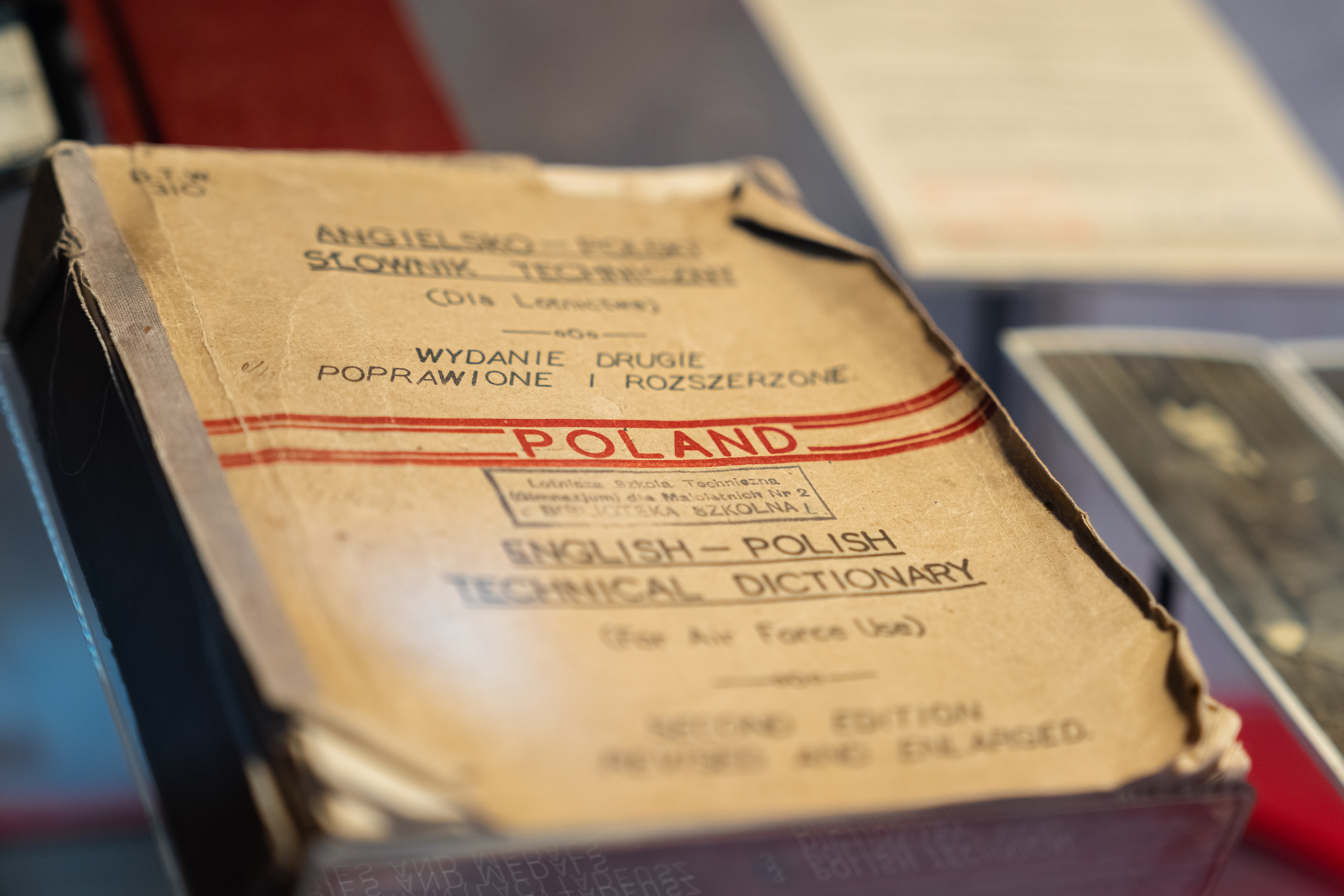 A total of 18 thousand men and women served in the Polish Air Force in Britain during the Second World War. It was a complete, compact and efficient air force organisation with 15 operational squadrons, which represented all principal service roles. Polish Air Force personnel were supported by a comprehensive training system including basic ground training, Polish elementary and service flying training schools, operational training, and a staff college. Below are six short profiles of Polish Air Force personnel and associated collections included in the exhibition.

In 1940 Gabszewicz served with No. 303 (Kościuszko) Squadron and in 1941 he joined the newly formed No. 316 (Warszawa) Squadron and was ‘A’ Flight Commander before taking command of the whole Squadron. In 1942 he was appointed the Polish Liaison Officer at the Bunker (HQ No. 11 Group). Later in the war, Gabszewicz was Wing Leader of the 1st Polish Wing at RAF Northolt and in 1943 he obtained an exchange posting to the 61st Fighter Squadron, 56th Fighter Group, United States Army Air Force (USAAF), flying combat sorties in P-47 Thunderbolts. In 1944 Gabszewicz took command of No. 18 (Polish) Sector between February and July, when he was in command of three wings, which included five Polish and four RAF/Allied squadrons. This was a fighter force bigger than the entire Polish fighter aviation in 1939.

In October 1940 Barański participated in the Battle of Britain, serving with No. 607 Squadron (RAF) based at RAF Tangmere. In November he transferred to No. 303 (Kościuszko) Squadron and, between February and June 1941, he was ‘A’ Flight Commander with No. 316 (Warszawa) Squadron. Between 1941 and 1942 Barański was reposted as a Ground Control Officer with 316 Squadron and No. 308 (Kraków) Squadron. In October 1943 he took command of No. 302 (Poznań) Squadron and in 1944 he enrolled at the Polish Air Force Staff College and subsequently became a lecturer in fighter tactics. 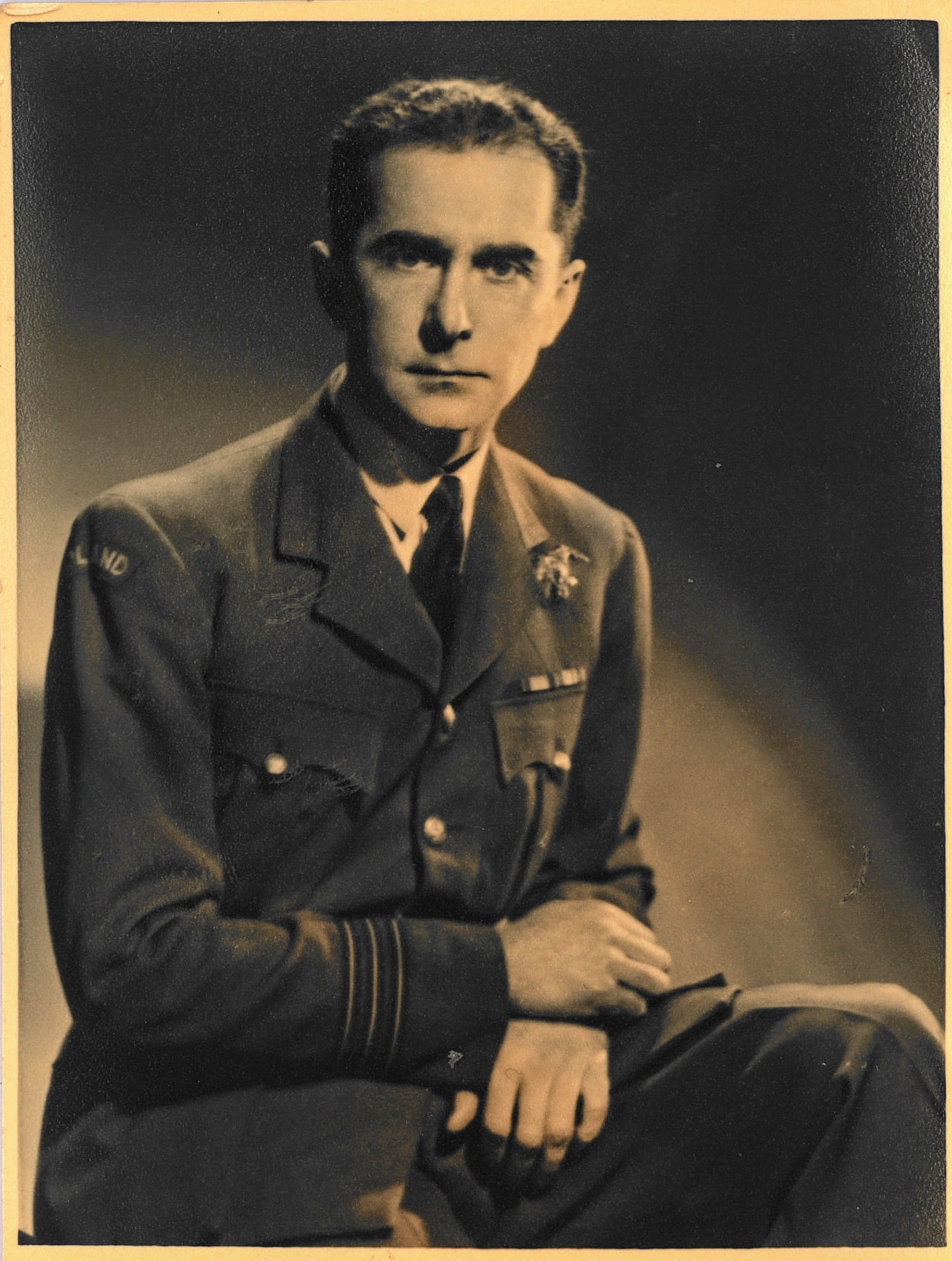 Gutowski was head of the maintenance section for No. 307 (Lwów) Squadron during the Second World War. In August 1944 Gutowski was decorated with the British Empire Medal by Air Vice-Marshal Malcolm Henderson, Air Officer Commanding No. 12 Group (RAF Fighter Command), for his excellent work and commitment to duty. 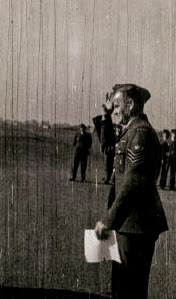 Polish Women’s Auxiliary Air Force (WAAF) – Pomocnicza Lotnicza Służba Kobiet Kaliniecka served at RAF Faldingworth in Lincolnshire, where she worked as an Intelligence Officer with No. 300 (Ziemia Mazowiecka) Bomber Squadron. In April 1945 she took part in Operation Manna – an airborne humanitarian mission – which delivered over 7,000 tons of food parcels in ten days over the Netherlands, where one million people were suffering from starvation. Collections: brass button lighter, Certificate of Enrolment (1943), photographs

Hillingdon Council would like to thank the following companies responsible for the design and installation of the Polish Air Force exhibition.